I thought I might try again to resume posting.
Unconscious Mutterings is an easy way to start.

This --- makes me angry! (see video on lower left of the page)

My thoughts are with the "Million Woman" march in Egypt. May you prevail.

This ---gives me hope for humanity.

A banker is a fellow who lends you his umbrella when the sun is shining, but wants it back the minute it begins to rain. Mark Twain

I think one of the most pervasive evils in this world is greed and acquiring money for money's sake. Once you have six houses and a plane, it's just about a number. It's never been anything I understood. Kevin Bacon

I don't think I understand the Occupy Wall Street protest. Los Angeles has its own group, of course. I have friends who are participating, supporting, etc. I'm not sure what their desired end purpose might be, though I've asked. I tend to be all in for finding solutions, and not so patient with folks who complain loudly but do little else.

I think we need businesses, corporations, and the profit/capitalism model (and innovation and research), but we also need more responsible corporations. Greed has probably always been a part of the culture at the top, but it does seem to be more pervasive these days (Could it be that I simply see it more because it is easier to see behind the curtain?). Seeking profit without conscience and without contributing back to the community, would seem to require more restriction, more regulation. Corporations and businesses who contribute to their community and act like responsible citizens should be rewarded. I don't know how we get there, or how to sort out the good from the bad, but it seems like a start.

Have you been kind today?

Ask yourself: Have you been kind today? Make kindness your daily modus operandi and change your world.
~Annie Lennox

I stumbled on to this quote and it resonated strongly. If more people participated in the simple act of practicing kindness, even in small doses, it could change the world. I will work on my tiny little corner of world, what will you do in yours?
Posted by Stormwind at 4/12/2011 06:45:00 PM 3 comments:

Labels: words to live by

When I came out from a meeting a few weeks ago, these cheery little blossoms caught my eye. I've been trying to take my camera with me where ever I go, but I haven't had much time to stop and take pictures. 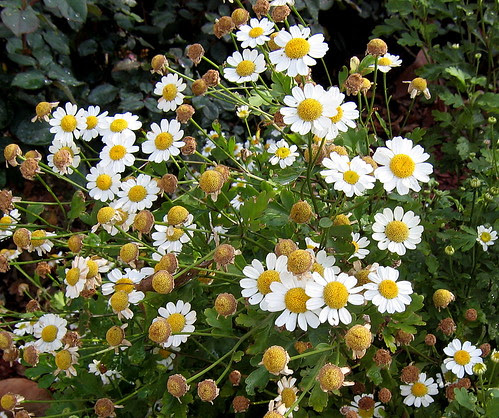 This is a Flickr badge showing public photos from Stormwind. Make your own badge here.
Stormwind's Photos